Fantasy Worldbuilding and the Three Bears 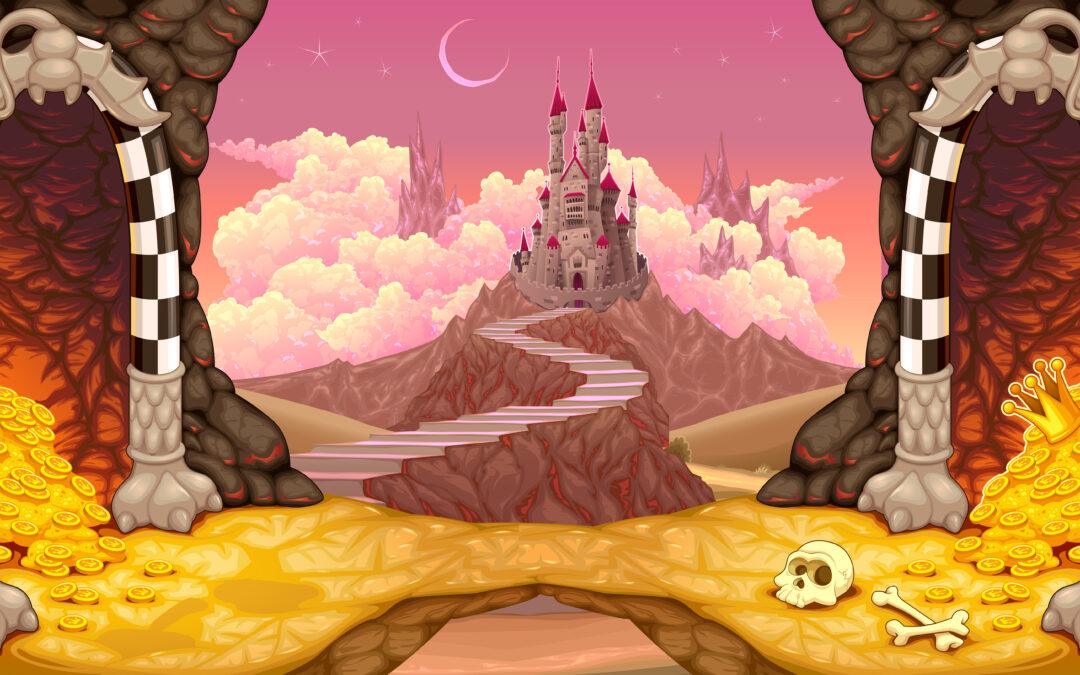 Fantasy Worldbuilding. Now there’s a topic that I could talk about (or write about in this case) for hours on end. There’s a lot to consider when it comes to creating a world for your story, after all! And you don’t want to mess it up. Too much is obnoxious, too little is copyright infringement. Plus, let’s be real — most people don’t read fantasy books for the world, but they won’t read the book at all if the world sucks.

What even is fantasy worldbuilding?

If you’re new to fantasy, you may not have heard the term before. Fantasy worldbuilding is the act of creating an entirely new world (not earth) that your book takes place in. A lot of authors choose to set their story in an era similar to the medieval era of real life, but other than similarities in technological advances, the places, people, and customs are unique. Think Westeros from A Song of Ice and Fire.

There’s also books that use Earth as a setting but massively alter the world in a way that creates need for those unique traditions and places. Think of Gilead from Handmaid’s Tale.

Do I need to do this for my fantasy novel?

If you want to skip worldbuilding… well, nobody is holding a ball of lightning to your head, right? Here’s the thing though, I advocate worldbuilding even in books that take place in the real world! So fantasy? Yes please, consider doing so.

Fantasy worldbuilding adds a layer of immersion to your story that really helps the readers connect. When you hear people talking about showing, not telling, a lot of that can be accomplished with a good world. Imagine, if you would, a hectic little shop full of half-finished projects. There’s grease on the apron that’s tossed over an anvil. Next to it are scraps of metal, bolts, screws all scattered about. There’s scorch marks from a fire of some kind. There’s slips of parchment laying around with complex formulas or sketches of wild inventions. Now take this shop and set it dab in the middle of a small village with dirt roads and basic huts. The people carry water to and from the stream, they stop and chat, the children run about naked and laughing, there’s no monetary exchanges, only bartering for what one needs. How does that shop fit?

It can show the readers a lot about the character who lives there without having to tell them “oh he’s eccentric”, “oh he doesn’t fit in”, “oh, he’s a bit disorganized”.

What if there’s not enough fantasy worldbuilding?

When a book has some worldbuilding but not enough, it’s often really obvious. There’s five unique continents with their own names, and the people in them have unique names too! Cool! Oooh, they even have their own winter customs? Even better! Wait, why are they decorating a tree? Why are they wrapping presents and setting out cookies and milk? What’s with the stockings and the mention of a flying sleigh? Is this… is it Christmas?!

Sometimes traditions and customs form for a natural reason, and art imitates life, right? So there will absolutely be things that can be paralleled to the real world. But just like creating a character requires that you think about why they have certain habits or quirks, thinking about why your world operates a certain way is needed to avoid being the 135431th Tolkien. Calling an elf by a new name that you based on some latin root doesn’t make it unique unless there’s something about the history and traditions of the new race that support the similarities.

Another example of too little fantasy worldbuilding is having a real good structure, but then using modern day geographically based terminology. If your character is paying 33 dollars for a really cool herb that you invented, I don’t care about the herb. I’m wondering how that character got cash from America. It breaks immersion and can feel lazy.

This worldbuilding is way too much!

Goldilocks wants you to remember that there’s always the risk of too much worldbuilding too. When the story is so focused on explaining how X, Y, and Z mechanic work, then it takes away from the story you’re trying to tell.

For example, ever notice how a lot of fantasy novels don’t take on the task of explaining how years work when related to age? Just imagine the headache. “The gravitational and orbital environment of this planet are XXXX, so this means that a year takes twice as long as complete!” Cool on the surface, maybe? But then… “Oh right because the people mark their years in a way that’s pretty common, seasonal changes, that means everyone’s actually twice as old as earth. So he might literally be 5 years THERE, but he’d be the equivalent of an Earth’s 10 year old!”

NOPE. I already checked out, and besides, what does that add? I get it, people don’t want to make arbitrary rules for their world, but if you focus on how to make a fantasy book as scientifically realistic as possible, you’re probably only going to be interesting the randoms on Reddit who take time out of their days to break down why you’re wrong about the data and your people.

Sometimes less is more. “She listened to them argue in the native tongue of Skavadi. The sleek, quick-paced words were too hard for her to keep up with, but made a note to ask which ones were swear words. Could never have too many of those tucked away.”

Now imagine if instead the MC were watching two people argue and the author wrote out the dialog. In the other language. That they invented for the world. Some authors pull this off well, don’t get me wrong, but most of the time, your readers will skip over it anyway since they can’t understand it either, and you just wasted an opportunity to show the MC’s reaction to an argument she can’t understand.

So what’s the magical amount of fantasy worldbuilding then?

Let your readers see the world through the lens of the characters and the amount of worldbuilding needed will make itself apparent. For example, take a character with a background in some kind of finance (king’s treasurer, for example). Their interaction with economics and currency makes it more important to build out those elements. A character who is highly devotional provides a chance to consider the religion(s).

There was an exercise that I was given once that I really enjoyed for fantasy worldbuilding. Create a character. Imagine their room. Build their house around it, then community, then town, region, kingdom. As it grows bigger, think of what readers would encounter if they were with that character.

Do they share the room with their siblings? Messy or organized? Luxury products? How you answer can determine family size and structure, and common expectations for the every day person. Use that in the rest of the house too! While you’re there, do they have a fireplace? A cellar for food? Oil lamps? Is it run down or a newer home? A place to worship? Garden? You can set up income levels, environmental factors, level of religious doctrine, and more. The further out you go, the more you can utilize since you’re using the smallest thing to build a world!

Don’t forget to ask WHY!

Just like characters, world elements need a why. When you’re fantasy worldbuilding, make sure you think about why certain elements are how they are. Knowing why the northern continent worship a different god than the southern can be more important than it seems. Your characters may not know why, maybe the readers don’t either! But if you know, it can help you from having to resort to writing yourself out of corners. For example, in the history of Cartharia, the Good King took the throne from the tyrant of Lamonte — and mandated education about arthimetics and literacy for children. When the story starts, 26 years later, none of my characters in an opposing kingdom know or care about this.

But I use it plenty. The loyalty of older Lamonte citizens is one way — they know what life was like before, and they admire and appreciate the difference. They also fight for the Good King because his success in Lamonte gives him credibility. If he tells them that hesitating on a war will take them back to before his rule, they believe him, and are impassioned to prevent that. Having this historical information may not have felt important to me when I was brainstorming my plot, but it gave me a way to explain zealotry and blind loyalty without feeling that I was writing a cliche.

Fantasy worldbuilding is easier that it seems

Worldbuilding can seem intimidating to some. It’s a lot of work, and there’s so much to always consider and think about! But if you consider the different elements as individual things as well as asking how they play a part in the whole, you’ll get quick at making connections that lead to great ideas, and you’ll have a world before you know it!

How did Lightning Gulch get its name? You tell me.